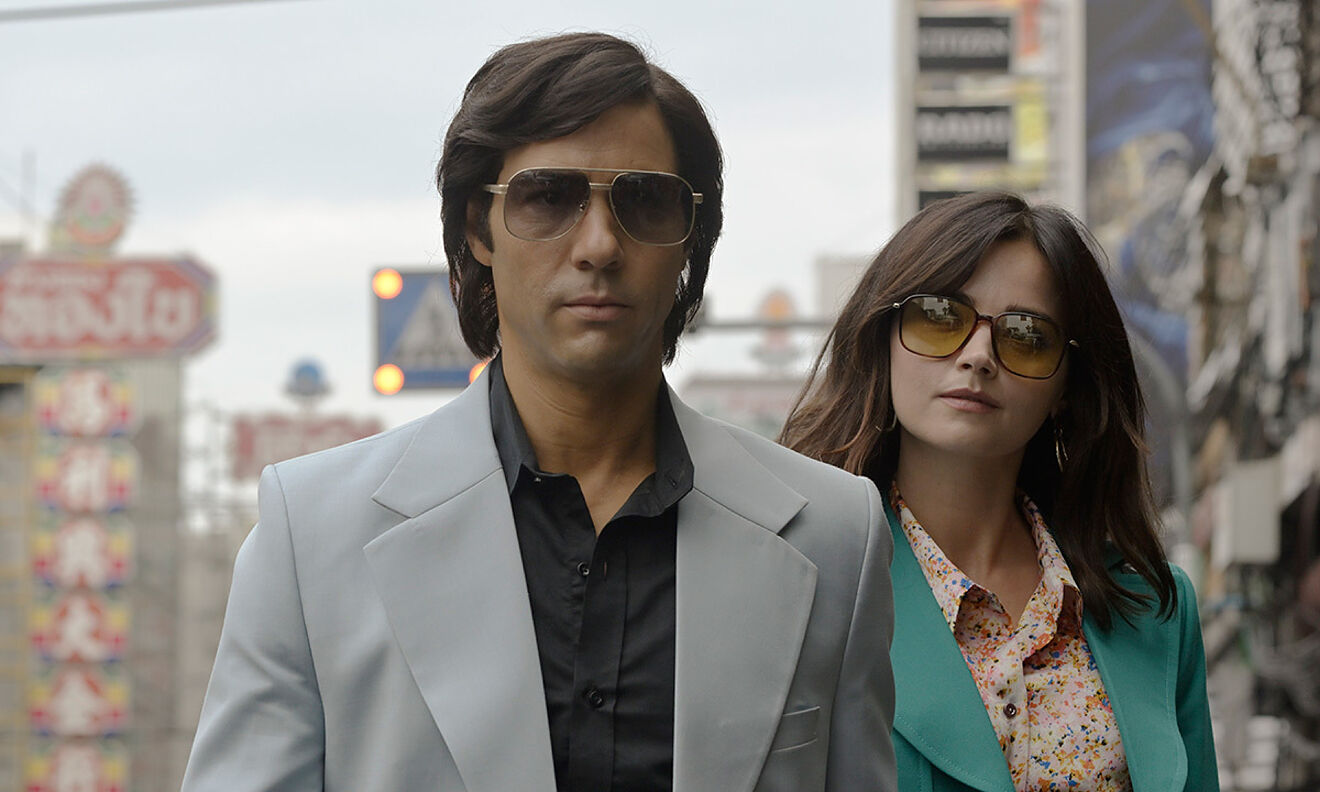 It makes sense that our true crime obsession would get to ” The Serpent ,” the underreported story of a serial killer in the 1970s who murdered men and women along what some called ‘The Hippie Trail’ in Southeast Asia. Sadly, the series constantly fights against its potential with baffling structural decisions and a superficial understanding of its subject.

to tell this story, and that sense is amplified by an incessant crosscutting chronologically that only

muddles the piece’s tone and momentum, leaving the whole project at a frustrating distance.

Ultimately, despite some gorgeous locations and interesting individual segments, it never comes

together, ending with the feeling that we know as much about its subject as we did when it began.

Charles Sobhraj (Tahar Rahim, recently seen in “The Mauritanian,” and very often much better than he is here) was a true sociopath, but a unique kind of sociopath in that he didn’t really kill for the thrill of it as much as he did to maintain his lifestyle, while also obliterating the lives of those he felt were beneath him.

With the assistance of his girlfriend Marie-Andrée Leclerc (Jenna Coleman) and his ally Ajay Chowdhury (Amesh Edireweera), Sobhraj gained the trust of people that the world was unlikely to miss—travelers around Southeast Asia who could disappear without much notice.

He would groom them into believing he was an ally before he would steal their belongings and identities, using their passports to travel to their next location. Sobhraj was convicted of killing a dozen people. There were likely more.

If Sobhraj is the mouse, Dutchman Herman Knippenberg (Billy Howle) is the cat, portrayed in “The Serpent” as the driving force to capture this serial killer (with the help of his wife Angela, played by Ellie Bamber, and a man named Paul Siemons, played by Tim McInnerny).

two of his countrymen, Henk Bintanja and Cornelia Hemker.

The early episodes of “The Serpent” set the tone: a calculated sociopath and the justice seeker

who is forced to climb mountains of red tape and international diplomacy just to stop him.

Rahim is the cold killer and Howle is the passionate protector. However, this is not a whodunit.

There’s little mystery involved, and it seems remarkably uninterested in really figuring out

a sociopath like Sobhraj, spending more emotional time with Leclerc, who alternates between

fearing her partner’s murderous streak and enabling him. So what’s left? Not much.

Part of the reason for that is the infuriating structure, one that not only jumps between Knippenberg and Sobhraj with alarming inconsistency but bounces around in time in such a way that it’s hard to find dramatic or thematic footing in any given episode.

Just as the directors of an episode seem to build momentum, the plot shifts and jumps back in time to offer more background or recreate the last days of one of his victims.

Midway through the third episode, I did some research to learn more about Sobhraj’s killing spree, and it’s never a good sign to feel like you have to do reading to understand what a show is simply failing to give you on a practical level.

Yes, we’re all tired of simple chronological retellings of historical events, but there’s a middle ground between that and the kind of shuffling done on “The Serpent,” which often feels like an attempt to make something more interesting through editing than it was on the page.

opportunist, leaving Rahim to play “glaring creepy” too often instead of capturing the charisma

this man must have had to slither his way through life.

Very late in the season, some of Sobhraj’s past in France is filled out to explain a bit more of how he ended up where he was when the show begins, but he’s too much of a cipher for most of the series.

And it’s especially frustrating that Rahim is finally allowed to portray a different kind of menace in the final couple episodes when that really would have helped the first six hours.

Most of the cast feels poorly directed, including Howle’s habit of overacting in awkward

close-up and Coleman’s inconsistent choices, made worse by the crosscutting that doesn’t

allow her to build a character.

Far more engaging is the scenery with picturesque backdrops and admittedly fantastic costume design. It’s undeniably a pretty show to look at, ดูหนังออนไลน์ which may be enough for some people who casually watch Netflix while they play with their phones.